Are you unsure about how Key Club relates to its branches such as Kiwanis and Key Club International? Below are some charts and diagrams explaining the structures and relations of the offices within Key Club! 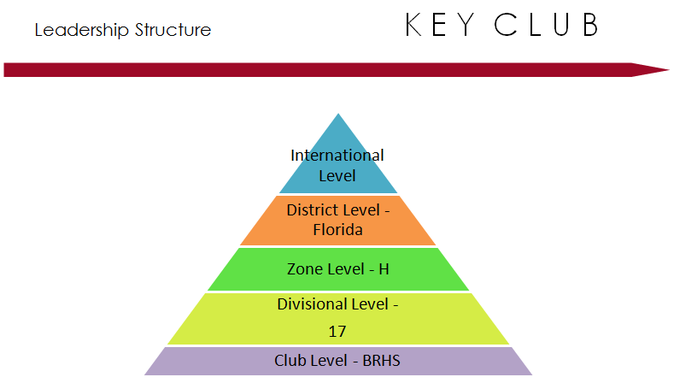 District Level: A student board of directors provides leadership within each Key Club district. Each district board is comprised of a governor, district secretary, district treasurer (or secretary-treasurer) and district bulletin editor.

Zone Level:  Each district is divided into zones, which generally make up several nearby counties.  Each zone meets in the spring at the Zone Rally.

Club Level: Each Key Club is led by a student board, comprised of elected and appointed officers.  The student board is responsible for maintaining organization in the club, keeping members up to date on divisional and district news, as well as international. Encouraging service and involvement is an essential aspect to the job of club officers. 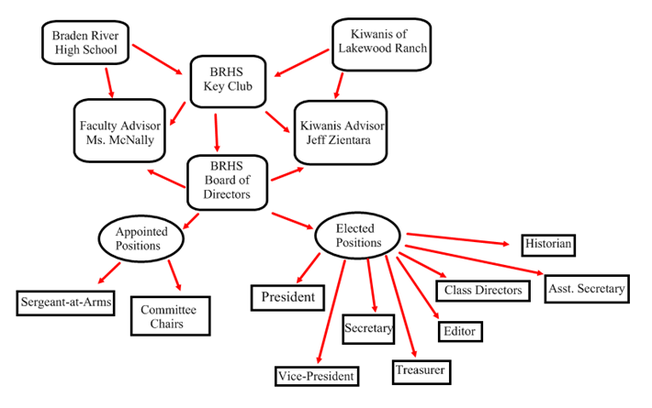